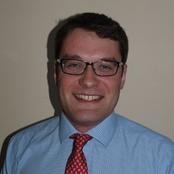 Nicholas Jaques is an International Adviser in the Home Office, responsible for advancing the international interests of the UK’s counter-radicalisation and safeguarding programmes. In his third year in Government, Nicholas previously worked as a Policy Adviser on Cabinet Office priorities including English Votes for English Laws, the Leveson Inquiry, and Civil Service Reform.

Prior to joining the Civil Service, Nicholas implemented stabilisation programmes and work to counter violent extremism for the Foreign and Commonwealth Office on Syria and in Pakistan. He graduated from Magdalen College, Oxford University in 2011 with an MA (Hons) in Philosophy, Politics, and Economics, specialising in Middle Eastern Politics.

During his Fellowship, Nicholas will explore the impact of extremism overseas on the UK and the international evidence base for work to prevent radicalisation.