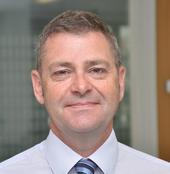 As Director of the International Directorate, John is responsible for leading the Department for Transport’s (DfT) contribution towards preparing for the UK’s departure from the European Union, as well as ensuring that for as long as the UK remains a Member State, the Department’s EU business is conducted effectively. His team also leads DfT’s work supporting the Government’s developing international trade agenda and delivering its target for better regulation.

John has worked in a wide range of roles since joining the then Department of Transport in 1990 as a graduate fast streamer. He has dealt with most transport modes, including promoting new ferry survivability standards following the Estonia disaster and helping to establish Network Rail following the failure of Railtrack.

As Head of Aviation Security, he was responsible for the development of and ensuring compliance with the UK’s National Aviation Security Programme, as well as work overseas to protect UK airlines and to drive up international standards.

He subsequently led the then Government’s consultation on adding capacity at Heathrow airport before advising the Coalition Government on the development of its high level Aviation Policy Framework and the establishment of an independent airports commission.Then, as Head of International Co-operation, he led DfT’s cross-cutting EU and wider international work, including on the cross-Government review of the balance of EU competences.

Immediately prior to his current role, as Director – Motoring, Freight & London, John led a large directorate with a wide-ranging policy portfolio covering: road user licensing, insurance and safety; freight operator licensing and roadworthiness; traffic management; the safe and secure carriage of dangerous goods; DfT’s strategic relationship with Transport for London; sponsorship of the Department’s three motoring agencies; and the operation of the Government Car Service.