Professor of the History of Political Thought at Faculty of History, University of Cambridge 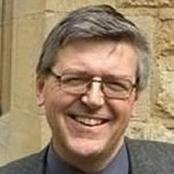 Professor of the History of Political Thought, Faculty of History, University of Cambridge

Professor John Robertson is the Professor of the History of Political Thought in the Faculty of History at the University of Cambridge. His research interests cover political, social and historical thought across the 17th and 18th centuries.

He is now working on the conceptualisation of sociability in between c.1650 and 1800, and on the ways in which sacred history was used as a resource for addressing the problem, alongside natural law. A major dimension of the subject is the changing agenda of sacred history in Catholic Europe. This will re-open the question of the relation between pre-Enlightenment sacred history and Enlightenment civil and stadial history. Other interests include concepts of political and economic union in early modern Europe, and modern and contemporary historiography.