Professor Emeritus of Law at Faculty of Law, University of Cambridge 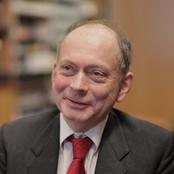 Professor Emeritus of Law, Faculty of Law, University of Cambridge

Professor John Spencer is Professor Emeritus of Law in the Faculty of Law at the University of Cambridge. His interests include criminal law, criminal evidence, comparative criminal law, and the law of tort.

Professor Spencer has an MA and LLB from the University of Cambridge. In 1970 he became a Fellow of Selwyn College, Cambridge, and in 1973 he became an Assistant Lecturer in the Law Faculty at Cambridge. He was then made a Lecturer, a Reader in Common Law, and in 1995 a Professor. From 1995-1997 he served as Chairman of the Faculty of Law. He has served on many University Boards and Committees, including as Chairman of the University's Board of Scrutiny from 2002-3 and 2004-5. And for many years he gave lectures to judges for the Judicial Studies Board/ Judicial College.

He has been involved in a great many of projects for law reform, including as a Consultant to the Law Commission on a project to reform the hearsay rule in 1995; as a member of a committee of experts set up by the European Commission (Direction XX) to study fraud on the Community finances, which produced the 'CORPUS JURIS' project (published by Economica, 1996), and then further extensive work, at the behest of the European Commission, on committees studying the problem of 'Eurofraud' )(1997 – 2001); as a member of the Home Office group that drafted “Achieving Best Evidence in Criminal Proceedings” (1999-2001); and he was a consultant to the Auld Review of Criminal Courts in 2001.

Professor Spencer is the Honorary President of the European Criminal Law Association (UK). He is also a QC (honoris causa), an Academic Bencher of the Inner Temple, and holds an Honorary Degree from the University of Poitiers. In 2007 he was made a Doctor of Laws (LLD) at the University of Cambridge.