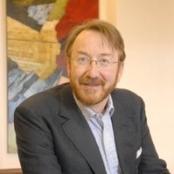 He joined Reuters in 1982, and was responsible for initiating products involving delivering data, video and transaction services over private networks, wireless networks and the Internet. From 1994 to 1997, he was based in Palo Alto, California, developing ways for Reuters to profit from the Internet. In 1995, he made the first Greenhouse investment in Yahoo; he continued to exploit his knowledge of network technologies to build the Greenhouse Fund into a significant venture capital investor, with investments including Yahoo, Verisign, Phone.com, Infoseek, and Digimarc. He led the MBO of the Greenhouse Fund in 2001.

In 2011, John was invited by Harvard Business School to become an Advanced Leadership Fellow, a cross-disciplinary preparation for a subsequent focus on socially impactful activity. He is now working on three social impact projects: