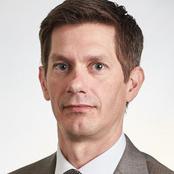 Scott has also led a review of models to radically reduce the cost and time of transport investment projects in the Department for Transport, and been Acting Director General for Culture, Sport and Civil Society in DCMS.

Prior to joining the Home Office Scott was the Director of Law, Rights and International in the Ministry of Justice between 2014 and 2017. The role included responsibility for all of MOJ's international activity including relations with the EU, UN, and Council of Europe, as well as policy responsibility for human rights, freedom of information, data protection, and a wide range of civil and criminal law.

Before joining MOJ Scott was Portfolio Director at the Department of Energy and Climate Change, with responsibility for strengthening the management of DECC’s £100 billion portfolio of projects and programmes. He was previously Head of Home Affairs in the Cabinet Secretariat where he advised the Prime Minster and Deputy OM on policies ranging from crime and justice to devolution and constitutional reform.

Scott’s earlier career was primarily in the Department for Transport and included work on international aviation, London Underground, and climate change, plus over two years as Principal Private Secretary to the Secretary of State. Scott studied Philosophy, Politics and Economics at the University of Oxford and has an MBA from London Business School.