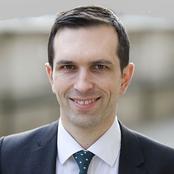 Prior to this he served as Director General for the DWP's Policy Group. In this role, he advised and supported ministers and the Permanent Secretary on current and future policies including the labour market; welfare reform; pensions reform; and social justice. Prior to his post in DWP, Jonathan was Director of the Economic and Domestic Secretariat in the Cabinet Office, supporting the Cabinet and decision-making across government under two Prime Ministers.

He has previously worked in director roles in the Department of Energy and Climate Change, where he was responsible for delivering the electricity market reform programme. He spent the first part of his career in the Treasury where he worked on a wide range of public spending and growth policies and in the private office of the Chief Secretary to the Treasury.