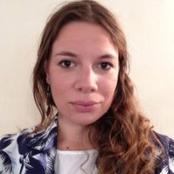 Dr Kate Ferguson is a Research Fellow at the University of East Anglia and Co-Executive Director and co-founder of the human rights NGO Protection Approaches, where she heads up the Research & Policy team. She is an experienced researcher and policy analyst of identity-based violence and mass atrocity prevention.

Previously, Kate was a Research Associate at the University of Cambridge, where she completed a project for the Partnership for Conflict, Crime & Security Research (PaCCS) looking at media development and communications in countering violent extremism and information warfare. She has worked on multiple projects focusing on atrocity prevention, including the prosecution of suspected war criminals, the future of the Responsibility to Protect, and the ongoing crises in Sudan. While studying for her PhD, Kate worked as a Policy and Research Consultant with the Aegis Trust, and as a Parliamentary Research Assistant in the House of Commons.

She is also a co-founder and director of Protection Approaches, an NGO that focuses on the global response to identity-based mass violence. In this role she coordinates research and policy programmes and is responsible for Political Engagement Strategy, focusing on developing networks of decision makers, both in the UK and internationally.

Kate holds a PhD in History from the University of East Anglia, and an MPhil in Russian and East European Studies from the University of Oxford. Her PhD looked at the role of irregular combatants in identity-based violence, with particular reference to the events during the collapse of Yugoslavia. She contributes to undergraduate modules on the history of Yugoslavia, Human Rights, and international justice.