PhD candidate at Institute for Manufacturing (IfM), University of Cambridge 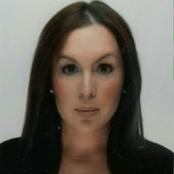 Katharina Greve is a PhD student at the Cambridge Service Alliance, IfM, under the supervision of Professor Andy Neely and Dr Veronica Martinez. Her major research interests revolve around service co-creation in living labs. She has already conducted a pilot study and several workshops in a living lab in Germany, called JOSEPHS. Katharina’s doctoral research is sponsored by EPSRC.

Katharina holds a MSc in Management, Organisations and Governance with Distinction from the London School of Economics and Political Science and a BA (Hons) in International Business with a first class degree from the University of Greenwich. Prior to her undergraduate degree, she completed an apprenticeship as an Office Administrator at Ribes Kunststofftechnik in Germany and worked as Cultural Representative for Walt Disney World in the USA. Whilst completing her postgraduate degree, Katharina worked as an independent consultant for Bloomberg LP in the UK.