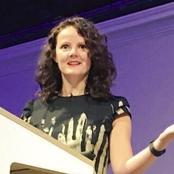 Andrea was appointed to set up the Policy Lab on behalf of the Government’s Policy Profession in 2014. She is a Deputy Director at the Cabinet Office with responsibility for Policy Lab, the Open Innovation Team and SKYrooms network of innovation spaces.

Policy Lab is a creative space where civil servants can experiment with new techniques and approaches to policy problems from data science to design. Its existence is born of a recognition that government needs to get better at policy-making; open it up, make it quicker, more digital and more connected with the people who are affected by it. Today, the Lab’s work spans all areas of government with projects focused on policing, employment, business growth as well as a range of social and family policy issues.

An Industrial Designer by training, Andrea began her careering teaching Industrial and Automotive design. After her PhD she moved into the private and public sector where over twenty years she has worked with national and international government departments, charities and social enterprises. She was an early proponent of service design, and has been a champion for public involvement in designing better public services. Her multi-award winning work across different sectors, demonstrates practical ways to improve peoples' lives using design principles and practice.

As a representative of British design Andrea has been invited to run workshops across five continents, regularly speaking and writing about design. In 2011 she was appointed a member of the European Commission’s Design Leadership Board and has been a contributor to a number of books on design including: Design for Policy, Design Transitions, Restarting Britain and Design for Growth and Prosperity. She regularly writes about design and innovation and has been a judge of a number of national and international prizes.

Andrea has a first class BA (Hons) in Industrial Design and a PhD in Virtual Reality sponsored by BT. She is currently undertaking an Executive Masters in Public Policy at the London School of Economics.

In 2010 Andrea was nominated for the top fifty ‘Women to Watch’ by CCS and the Arts Council and in 2015 she became the 10th female in its history to be awarded the distinguished Royal Society of Art's Bicentenary Medal. In 2016 she received an Honorary Doctorate in Civil Law from Northumbria University for her work as a world leading design thinker.