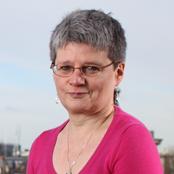 In June 2021, Katrina Williams took up a new post in Defra to bring together all its work on international trade and international environmental and biodiversity issues.

Previously, Katrina served as the Director General for External Affairs in the Scottish Government following her posting as Deputy Permanent Representative to the EU from March 2017.

Before joining DECC, Katrina was Director General for Strategy, Evidence and Customers in the Department for Environment, Food and Rural Affairs (Defra) from April 2012, advising Ministers on the Department’s strategic focus, overseeing all its International and EU work and how it gets the evidence it needs to support its work. It was in this role that she became a CSaP Policy Leaders Fellow.

From 2008 to 12 she was Director General for Food and Farming in Defra, having joined the Department as a Director covering a range of animal health policies. From 2003 to 2006 she was Deputy Head of the European Secretariat in the Cabinet Office, co-ordinating Whitehall policy and advising the Prime Minister on all matters European in the run-up to and during the UK’s 2005 Presidency of the EU, reflecting a strong strand of expertise in EU issues and negotiation in her career: she has had a range of roles in DTI, FCO and Cabinet Office as well as MAFF and Defra as well as her roles in the UK’s Permanent Representation to the EU in Brussels.

To read about Katrina's experience as a Policy Fellow in Cambridge see here.