Professor of Sociology and Political Economy at Department of Sociology, University of Cambridge 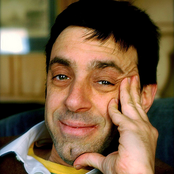 Professor of Sociology and Political Economy, University of Cambridge

Lawrence King’s brand of political economy stems from the continental and institutionalist traditions, especially the classical work of Weber, Polanyi, Veblen and C.Wright Mills. Rather than seeking universal laws of political and economic phenomena, this tradition seeks knowledge of the universe of historical and comparative cases in order to generate causal accounts that are bound by historical contexts.

For most of his career, he has published on the interaction of economic and political forces, as well as the collective actors and organizations (like classes, status groups, corporations and policy networks) that shape the economic and political terrain. Part of his published work in comparative political economy has been on the socio-economics of the transition to capitalism in Eastern Europe – focusing on privatization and foreign investment. He has recently extended this research stream with a large-scale big-data investigation into corruption in public procurement in the EU (Digital Whistleblower or DigiWhist).

He is currently carrying out a large-scale multi-level survey to investigate the relationship between radical privatization programs and the postcommunist mortality crisis (PrivMort). The other part of this project involves studying the political, economic and social determinants of rules governing the allocation of health resources at the national and international level. He has also published on and continues to research the global governance of public health, with an international power structure analysis of the budgeting process of the World Health Organization. He is also currently studying the political, social and economic forces related to the innovation, pricing, and reimbursement of Sovaldi, a revolutionary but highly expensive drug for Hepatitis C.

Finally, he has a deep research interest in the political economy of the less developed countries, especially Africa. As part of this project, he is investigating the impact of IMF conditionality on public health and other developmental outcomes. His team is analysing a unique data set of all IMF conditions from 1986 to 2014. In addition to economic development, he is interested in state violence and political mobilization, and (in collaboration with a student) he has investigated the social determinants of the Maoist insurgency in India.