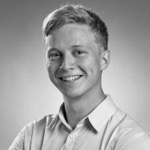 Throughout his studies in Germany, the US, and the UK, Lewin acquired a multidisciplinary background in Economics and Political Science. After graduating from the University of Oxford with an MSc in Latin American Studies (distinction), he began working at the European Commission’s internal think tank, the European Political Strategy Centre (EPSC). Starting as a Trainee in the Sustainable Development Team, he now works as a Policy Assistant for the Deputy Head of the EPSC. In this capacity, he focuses mainly on foreign affairs and European defence but also conducts independent research on economic, institutional and energy-related issues.