Shadow Minister for Universities, Science and Skills at The Labour Party 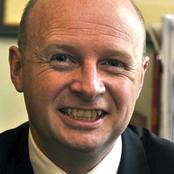 Liam Byrne is the Member of Parliament for Birmingham, Hodge Hill and Shadow Minister for Universities, Science and Skills. He previously served as Chief Secretary to the Treasury in Gordon Brown's Government.

At Manchester University, where he obtained a First class honours in Politics and Modern History, he won the Robert Mackenzie prize for political science and the leadership of Manchester Student Union, before going onto to win a Fulbright scholarship to the Harvard Business School where he took his MBA with honours. Before working in Parliament, he worked for the multi-national consulting firm, Accenture and merchant bankers, N M Rothschild & Sons, before co-founding a venture backed technology company, e-Government Solutions Group, in 2000. Between 1996 and 1997 he advised the Labour Party on the re-organisation of its Millbank headquarters, and helped lead Labour's business campaign under the 'New Labour' scheme.

He was selected to contest the Birmingham Hodge Hill by-election following the resignation of the veteran Labour MP Terry Davis to become the Secretary General of the Council of Europe. He made his maiden speech on 22 July 2004. Following his re-election on 5 May 2005, he was appointed Parliamentary Under-Secretary of State at the Department of Health. He was re-elected at the May 2010 general election.