Director of History and Policy at Murray Edwards College Cambridge 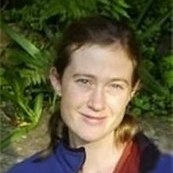 Dr Lucy Delap's research interests centre on the social and cultural history of modern Britain, the history of feminism, and the history of emotions. She has recently published a monograph titled Domestic Service in Twentieth Century Britain: culture, memory, emotions with Oxford University Press. Her 2007 monograph on the Anglo-American feminist avant-garde won the 2008 Women’s History Network Book Prize. She has also worked extensively on feminism and anti-feminism.

Other interests include the print culture of the nineteenth and twentieth century, and the gender politics of maritime history. She is an associate editor of History and Policy, and on the editorial board of the Journal of Modern Periodicals, and the Journal of Maritime Research.