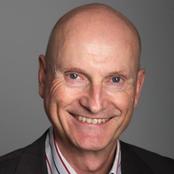 Malcolm recently became a Fellow in Health Management in the Centre for Health Leadership and Enterprise based at Judge Business School. He has also been a commissioner for NHS Research and Development Programmes, and was a member of the NIHR Advisory Board for 6 years. He holds an MSc in Organisational Behavior from Birkbeck University of London, and a BA in Modern History from the University of Oxford, as well as a certificate in Health Economics from the University of Aberdeen, and a Diploma in Health Service Management from the Institute of Healthcare Management. He is an Honorary Fellow of Kings College London, and was awarded a CBE in 2009.