Director of the Centre for Environmental Policy at Imperial College London 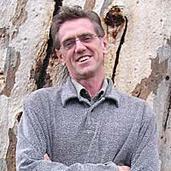 Professor Burgman joined the University of Melbourne in 1990. He has received research grants from the Australian Research Council, government agencies, industry and private foundations. He works on ecological modelling, conservation biology and risk assessment. His research has included models on a broad range of species including giant kelp, Orange-bellied Parrots, Leadbeater's possums, bandicoots, and Banksias in a range of settings including marine fisheries, forestry, irrigation, electrical power utilities, mining, and national park planning. He was the winner of the 2005 Eureka Prize for Biodiversity Research.

He has been the Director of ACERA since it was founded in 2006. The aim of its establishment was, and remains, to develop the practice of risk analysis by creating and testing methods, protocols, analytical tools and procedures to benefit both Government and the broader Australian community. ACERA is a research network, drawing on the expertise of its other research partners throughout Australia and overseas. It maintains close working relationships with Australian Government Federal and State Departments, Australian and international universities, the CSIRO, Cooperative Research Centres, and many other research institutions to deliver high quality studies that aim to manage Australia's biosecurity risks.

For Mark's tips to policy makers on interpreting scientific claims, see his paper published in Nature in November 2013 here.