Director at The PHG Foundation 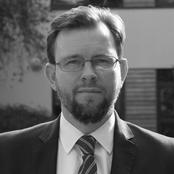 Mark Kroese joined PHG Foundation in 2012 as Consultant in Public Health Medicine/Programme Director and was appointed Director in October 2017. He leads the corporate development and strategic management of the Foundation and is responsible for the delivery of its work programme.

Mark graduated in medicine from the University of Edinburgh in 1992 and trained in general practice. Following a post as District Medical Officer in the Caribbean, he returned to the UK to train in public health medicine. Appointed NHS Consultant in Public Health Medicine in 2005, Mark has considerable experience in the NHS. His special interests include the evaluation and regulation of genetic tests and biomarkers and the commissioning of clinical genetics services.

He is the public health advisor to the NHS UK Genetic Testing Network (UKGTN) and a standing member of the Diagnostics Advisory Committee (DAC) of the National Institute for Health and Care Excellence (NICE) since 2010. He was appointed Chair of the DAC in October 2017.

Mark is an Honorary Visiting Fellow at the Institute of Public Health (University of Cambridge) and an accredited clinical supervisor for the HEE East of England Public Health Training Programme.