Professor of Classics at Faculty of Classics, University of Cambridge 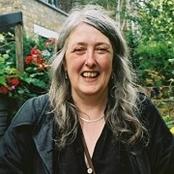 Professor Mary Beard OBE is Professor of Classics in the Faculty of Classics at the University of Cambridge, and the Classics editor of the Times Literary Supplement. Her areas of expertise include Ancient Greek and Roman History, and ancient art and architecture.

She has written numerous books on the Ancient World, including the 2008 Wolfson Prize-winner, Pompeii: The Life of a Roman Town which portrays a vivid account of life in Pompeii in all its aspects from food to sex to politics. Her most recently published books are Laughter in Ancient Rome: On Joking, Tickling and Cracking up (University of California Press, 2014), Confronting the Classics (Profile Books, 2013), All in a Don’s Day (Profile Books, 2012), and The Parthenon (Profile Books, new edition 2010).

Professor Beard is well known for her media appearances. She has presented Pompeii: Life and Death in a Roman Town, Meet the Romans with Mary Beard, and Caligula with Mary Beard on BBC Two, has contributed to BBC Radio 4's A Point of View, and has appeared on the BBC's Question Time. She has also been invited to deliver various prestigious lecture series. In 2008 she was visiting Sather Professor at the University of California, Berkeley, where she gave the Sather lectures on Roman laughter (A book, Laughter in Ancient Rome, based on the lectures has recently published by the University of California Press). In 2011 she delivered the Mellon Lectures at the National Art Gallery, Washington on the imagery of the Caesars.

Professor Beard is a Fellow of the British Academy, a Fellow of the Society of Antiquaries of London, and in 2013 she was appointed an OBE, awarded for services to Classical scholarship.