Professor of Cultural and Historical Geography at Department of Geography, University of Cambridge 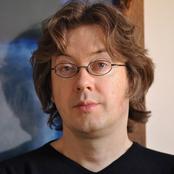 Professor of Cultural and Historical Geography, Department of Geography, University of Cambridge

Matthew Gandy is Professor of Cultural and Historical Geography at the Department of Geography, University of Cambridge. His research interests include redefining urban nature, how areas that are considered to be "wastelands" contribute to urban bio-diversity, and marginal spaces and cultural practice. He is currently Principal Investigator for the ERC project "Rethinking urban nature".

Matthew's work has received multiple awards including the 2003 Spiro Kostof award for his book Concrete and clay: reworking nature in New York City (MIT Press, 2002), while his 2014 publication The fabric of space: water, modernity, and the urban imagination was awarded the 2014 AAG Meridian Award for Outstanding Scholarly Work in Geography, and more recently the 2016 Planning History Society's award for most innovative book in planning history.

Matthew holds a PhD in Geography from London School of Economics and a BA in Geography from the University of Cambridge. He has been a visiting scholar at multiple institutions including Columbia University in New York, and the Humboldt University of Berlin. He has been co-editor of The International Journal of Urban and Regional Research since 2013, is a Fellow of the Academy of Social Sciences, and became a Fellow of the British Academy in 2016.