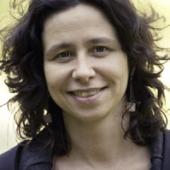 Dr Melissa Calaresu is the Neil McKendrick Lecturer in History, in Gonville and Caius College, Cambridge. She is also the Director of Studies in History and a Graduate Tutor in the. She is a a cultural historian who originally trained as a historian of political thought in Cambridge.

Her work moves between her current interest in material culture and, most broadly, the history of ideas in early modern Europe. She is writing a cultural history of the Neapolitan enlightenment for which she recently received a Newton Trust award for 2015-16 in order to complete it. This book project has grown out of her doctoral dissertation on Francesco Mario Pagano and the political culture of late eighteenth-century Naples, combined with newer interests on the material interests of the European reform movement.

Dr Calaresu's recent work includes the history of ice and ice-cream in eighteenth-century Italy which explores some of the recent paradigms of enlightenment historiography. This, in turn, has led to research on food-sellers in history and she is currently completing a volume chapter on Ambrogio Brambilla and the representation of food-selling in early modern Rome.

Her more general research interests range from the uses and representation of urban space in the early modern period, the history of street food, eighteenth-century antiquarianism, collecting and historical writing in Italy and Spain, and travel and the Grand Tour in Europe through texts and images in the eighteenth and nineteenth centuries.

She was also one of the curators of an exhibition at the Fitzwilliam Museum: Treasured Possessions from the Renaissance to the Enlightenment which ran from Tuesday 24 March to Sunday 6 September 2015. The exhibition showcased the extraordinary collection of applied arts in the museum and placed more than 200 objects within a new cultural history of early modern Europe.