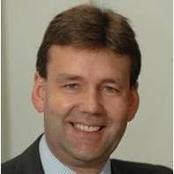 Since leaving the UK civil service in 2015, Mike Anderson has worked for Kosmos Energy in the USA as Senior Vice President for External Affairs, Government Relations and Security.

Mike's 30-year career in the civil service began when he joined the Diplomatic Service in 1984. In the 1980s he served in the British Embassy in Moscow as the Scientific Attaché. He was later posted to Geneva and New York in the disarmament teams of the UK Missions to the United Nations. He participated in the negotiations which concluded the Chemical Weapons Convention, the Comprehensive Nuclear Test Ban Treaty and the indefinite extension of the Nuclear Non-Proliferation Treaty. He also served at home in a number of posts including as Principal Private Secretary to Sir David Spedding and Sir Richard Dearlove in the late 1990s.

On return to London from the UK Mission in New York in 2003, Mike moved to be the Principal Private Secretary to Lord Falconer, the Lord Chancellor, at the time when major constitutional reforms were being introduced. He became Director of Strategy and Communications in the Department for Constitutional Affairs in 2006/07 and was in charge of negotiations leading to the setting up of the Ministry of Justice in April 2007.

Mike was appointed as the first Director General for Climate Change at the Department of Environment, Food and Rural Affairs (Defra) in 2007, taking his team to the Department of Energy and Climate Change when that was set up as a new Department, and then spending time on secondment to National Grid before returning to Defra as Director General for the Green Economy, Finance and Corporate Services. His last role in Whitehall was as Director General, International and Immigration Policy Group, Home Office, a role he held when he became a CSaP Policy Leaders Fellow.