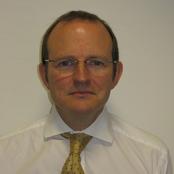 New Economy's purpose is to create economic growth and prosperity for Greater Manchester (i.e. the ten local authority districts: Bolton, Bury, Manchester, Oldham, Rochdale, Salford, Stockport, Tameside, Trafford and Wigan) - an area which is home to 2.6 million residents and which generates 50% of the North West's economic output and 5% of the total national economic output. One of the six Association of Manchester Authorities (AGMA) Commissions established in 2009, it works with public sector organisations, businesses and universities across Manchester to develop economic intelligence, help create jobs and improve skills, save money and increase efficiencies, increase investment and enterprise, and contribute to reducing carbon emissions.

Prior to joining New Economy as Chief Executive, Mike Emmerich was Director of the Institute for Political and Economic Governance at the University of Manchester (a multi-disciplinary research institute), and Dean of External Relations in the Faculty of Humanities. Before this, he pursued a career in the political and economic strategy sectors, at the Centre for Local Economic Strategies where he served as Principal Consultant and then Deputy Director from 1991 to 1996. After a period as a management consultant at Ernst & Young in 1997, he became a Policy Adviser with HM Treasury before becoming Senior Policy Adviser in the Prime Minister's Policy Unit.