Professor of Mathematics, and President of the Clay Mathematics Institute at University of Oxford 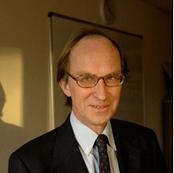 Professor of Mathematics, and President of the Clay Mathematics Institute, University of Oxford

Professor Nicholas Woodhouse is a Professor of Maths and a tutorial fellow of Wadham College, Oxford. After completing his undergraduate degree at Oxford, he went to Kings College London to write his PhD. He then spent a brief period as a postdoc in the Physics Department at Princeton, before finally returning to Oxford to work as a member of Roger Penrose's research group. He is currently President of the Clay Mathematics Institute, as well as Treasurer of the London Mathematical Society.

Professor Woodhouse's research centres on 'twistors and the isomonodromy deformation problem' and 'geometric quantization.' Isomonodromic deformations of systems of ordinary differential equations play a central part in our understanding of the complex geometry of integrable systems, and also reveal connections, through the theory of Frobenius manifolds, between twistor theory and quantum field theory. Twistor theory was developed by Roger Penrose. His original aim was to find a route to the quantization of gravity. The underlying mathematical ideas have proved to have rich applications in geometry and in the analysis of integrable systems. Geometric quantization is a general framework for constructing quantum systems from their classical counterparts, starting from the symplectic geometry of the classical phase space.