Director of Sport at University of Cambridge 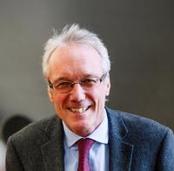 While at Hertfordshire, Nick led the team that developed significant sports facilities envied by many other universities, established the Athletic Union which helped improve student performance sport and also, in conjunction with the county sport partnership, developed an award winning student social sport programme with an emphasis on wellbeing benefits.

Nick is also a Trustee of the Saracens Sport Foundation which has won a number of accolades for achievement of its mission to inspire communities and change lives using the power of sport.

Speaking about his role at Cambridge, Nick said: “I am delighted to have been appointed as Director of Sport at the University of Cambridge and recognise this as a great responsibility as well as an exciting opportunity.

Cambridge has unique complexity in its sporting provision with so many individuals, clubs and organisations involved. So, in addition to the challenge of meeting the ever growing expectations around facilities, competitions and performance sport, there is also a need to address some of the practical challenges that exist around safety and legislation for example, whilst also ensuring we maximise the opportunity for greater promotion of the wider, positive aspects of recreational activity for health, educational and social benefits."