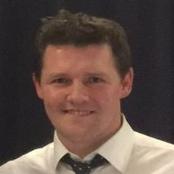 Nick has founded Henham Strategy to provide consultancy in parliamentary and public affairs and communications. Nick was previously Head of Business Policy for the Centre for Policy Studies as well as an associate at the British Foreign Policy Group and a strategic adviser to the Midlands Engine.

Nick was a Special Adviser in three different Departments from 2012 to 2018.

Nick graduated from Cambridge University in 2004 and worked in the sports industry, with spells in both the USA and Saudi Arabia.

In 2009 Nick moved into politics, working on policy within the Conservative Research Department.

He worked in public affairs from 2010-2012 before joining the Government as Special Adviser to Maria Miller at the Department of Culture, Media and Sport.