Professor of Behavioural Ecology at Department of Zoology, University of Cambridge 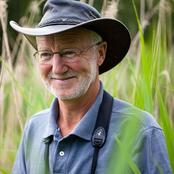 Professor of Behavioural Ecology, Department of Zoology, University of Cambridge

Nick Davies is Professor of Behavioural Ecology in the Department of Zoology, University of Cambridge. His research studies how selection pressures from ecology and the social environment influence the evolution of behaviour. His current research investigates the interactions between cuckoos and their hosts, including how hosts evolve to combat cuckoos and how cuckoos in turn evolve to trick their hosts. This work was featured as BBC film "Cuckoo" for the series "The Natural World" with David Attenborough, and his book "Cuckoo - Cheating by Nature" was published by Bloomsbury in 2015.

Nick is a Fellow of the Royal Society and in 2015 he was awarded the Royal Society's Croonian Medal and gave the accompanying lecture "Cuckoos and their victims : an evolutionary arms race". He gave a lecture in the 2016 Darwin Lecture Series on the topic "Games Animals Play".