Lecturer at Faculty of Economics, University of Cambridge 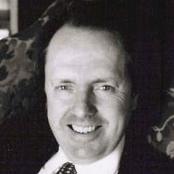 Lecturer in British Government, Faculty of Economics, University of Cambridge

Nigel Knight’s research interests are principally in the area of political economy. He has worked in national politics with both the Conservative Party and the Liberal Democrats, advising and writing policy. He lectures at Cambridge on the political context of economic decision-making.