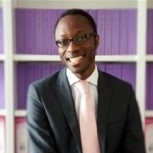 Dr Okeoghene Odudu is the Herchel Smith Lecturer at the Faculty of Law as well as a Fellow of Law at Emmanuel College. He is currently undertaking a British Academy Mid-Career Fellowship to conduct research into the application of competition law to NHS institutions in England. Prior to his current roles he has served as Deputy Director of the Centre for European Legal Studies at the University of Cambridge.

His research interest are in the area of competition law, in particular examining the ability to apply competition law to State owned and State funded service providers, focusing on the National Health Service in England.

During his time as a doctoral student, Dr Odudu was awarded a Scholarship by the Kennedy Memorial Trust and spent a year at the European Law Research Center, Harvard Law School, conducting research on various aspects of US Antitrust.

His current research interests include