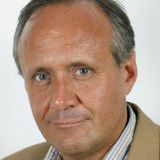 Professor of Political Economy, Faculty of Economics, University of Cambridge

His research interests are nonparametric and semiparametric methods, particularly as applied to bandwidth choice and to efficiency comparisons between first order equivalent procedures, leading to examination of practical problems such as how to choose bandwidth, the curse of dimensionality, and how to obtain good approximations to the actual sampling variability of the estimators. He is also interested in financial econometrics.

Professor Linton is a member of the Government Office for Science Foresight Lead Expert Group on The Future of Computer Trading in Financial Markets. He has also acted in a consulting or advisory capacity for (among others) Rio Tinto, the Financial Services Authority (FSA), Royal and Sun Alliance and Concordia.