Research Professor of Social Policy at University of Kent 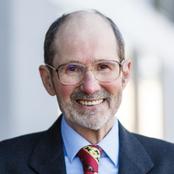 Professor Peter Taylor-Gooby is a Fellow of the British Academy, a Founding Academician at the Academy of Social Sciences and, previously, a Fellow of the Royal Society of Arts and President of the British Association for the Advancement of Science, Sociology and Social Policy Section. He chaired the REF 2014 Social Work and Social Policy and Administration panel and the corresponding RAE 2008 Panel. He won the University of Kent Advanced Research Prize in 2018.

Professor Taylor-Gooby was awarded the OBE for services to social science in 2012.

Professor Taylor-Gooby directed the Norface WelfSoc programme 2015-18, the ESRC Risk programme (2003-9), the EU FP7 Welfare Reform and Societal Change programme (2001-4) and the ESRC Economic Beliefs and Behaviour programme (1994-9). He has written 28 academic books, over 140 articles, more than 130 chapters in academic books and has given more than 100 keynote presentations at international conferences. Having become increasingly dissatisfied with the weakness of social science in addressing the emotions and presumptions that are so strong an influence on people’s behaviour, he is developing ways of examining such issues through novels such as 'Ardent Justice' and 'The Baby Auction'.