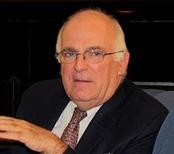 Sir Richard Dearlove was Master of Pembroke College, Cambridge between 2004 and 2015. Prior to this he was the Chief of the Secret Intelligence Service (SIS), more commonly known as MI6, between 1999 and 2004.

Sir Richard joined the SIS in 1966 following this graduation from Queens’ College Cambridge. His postings have included Nairobi, Prague, Paris, Geneva and Washington. In 1993, he became Director of Personnel and Administration. He became Director of Operations in 1994 and Assistant Chief of SIS in 1998. In 1999 he succeeded Sir David Spedding as Chief of SIS in September 1999 and was awarded an OBE in 1984.