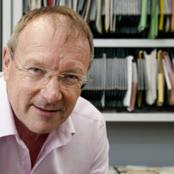 Richard B. Horne is Head of Space Weather at the British Antarctic Survey. He holds an Individual Merit promotion (band 2) and is an Honary Professor at the University of Sheffield. Between 2000-2010 he led two large research programmes at the British Antarctic Survey and then went on to lead the EU SPACECAST programme (2011-2014) and the EU SPACESTORM programme (2014-2017) to help protect satellites from Space Weather. He now leads the NERC Highlight Topic project called Rad-Sat which brings together Adademics and companies from the Space Industry. Richard also leads research projects to study how energetic charged particles affect the Earth’s atmosphere and influence climate, and particle acceleration processes at the Earth, Jupiter and Saturn.

Richard has a special interest in particle acceleration, planetary radiation belts and Space Weather. In 2005 he won achievement awards from NASA and ESA for his research showing that electron acceleration by very low frequency plasma waves is a major process for forming the Earth’s Van Allen radiation belts. These ideas have been confirmed by the NASA Van Allen Probes satellite mission launched in 2012. Richard has also worked on wave heating of plasmas and wave propagation at the Earth and planets.

Richard’s work on space weather has been used to revise the hazard risk assessments for the UK National Risk Register of Civil Emergencies. He is a member of the Space Environment Impacts Expert Group that provides advice for the Civil Contingencies Unit at the Cabinet Office, and Scientific Advice to Government in time of Emergencies (SAGE). He has co-authored The Royal Academy of Engineering Report on Extreme Space Weather (2013), given presentations to MPs in the House of Commons, provided written and oral evidence to Select Committees on Science and Technology, and Defence.

Richard has published more than 190 research papers, including 3 in Nature and 2 in Nature Physics, and has a Thompson h index of 62 and over 11,000 citations. He has numerous international collaborations, serves on UK advisory committees for space missions and NASA funding panels. He is a Co-Investigator on the ESA Cluster satellites and the NASA Van Allen Probes satellite mission. He is former International Chair for Commission H of the International Union of Radio Science (URSI) and former Vice President of the Royal Astronomical Society.

Richard was elected Fellow of the American Geophysical Union in 2011, Fellow of St Edmund’s College Cambridge in 2014, Fellow of the International Union of Radio Science in 2017 and is also a Fellow of the Royal Astronomical society. He was runner up in the Lloyds Science of Risk Prize in 2014.