Professor, Department of History at University of Exeter 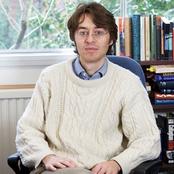 Professor Richard Toye’s research focuses on British and international political and economic history in the period since 1867. His books include The Labour Party and the Planned Economy, 1931-1951 (2003), Lloyd George and Churchill: Rivals for Greatness (2007) and Churchill’s Empire: The World That Made Him and the World He Made (2010). He has also published on topics ranging from UN thinking on economic development, to policy on North Sea oil and gas, to the writings of H.G. Wells. He is currently writing a book on Churchill's World War II speeches.