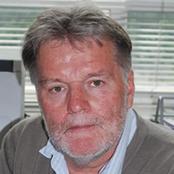 Professor Richard Wortley joined University College London in August 2010 as Director of the Jill Dando Institute for Security and Crime Science, and the Head of the Department of Security and Crime Science. His research interests centre on the role that immediate environments play in behaviour, especially in criminal, corrupt, and antisocial acts. He has published widely in the areas of situational crime prevention, with over 50 journal articles and book chapters.

He was previously Head of the School of Criminology and Criminal Justice at Griffith University (Australia). He is a psychologist by discipline and is a former Chair of the Australian College of Forensic Psychologists. He has been a chief investigator on eight research council-funded projects in Australia in areas including official misconduct in prison, whistleblowing in the public sector, child sexual abuse, the investigation of Internet child exploitation, and intimate partner homicide.