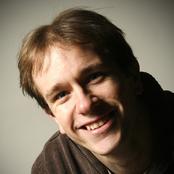 Head of Innovation and Growth, Office for Life Sciences, DHSC/BEIS

Dr Colin Wilson studied Theoretical Physics at the University of Durham before completing a PhD in Astrophysics at the same institution. He then moved to the Home Office where he initially worked on developing surveillance technology as part of the Centre for Applied Science and Technology (CAST). Following periods as Head of Communications and Operations Manager, Colin moved to the Office for Security and Counter-Terrorism where he developed the UK’s Counter-Terrorism Science & Technology Policy. Returning to CAST, Colin was Deputy Head of Surveillance and later Head of Crime Prevention including work on drug and alcohol detection, violent crime, acquisitive crime and road safety. He was then Head of Strategic Planning for HM Passport Office.

To read about Colin's experience as a Policy Fellow in Cambridge see here.