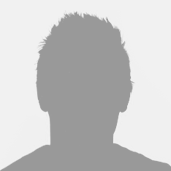 Rupert Allen has worked with the Department of Canadian Heritage as a Senior Economist since 2016. Rupert was a lead author and analyst for the Creative Export Strategy. Rupert created and developed the International Market Priority framework. The framework has been used by the PCH. Rupert worked with the Chief Informatics Operating Branch to design and build a trade anomaly detection system to identify disparities in trade data.

Rupert previously worked as a Senior Economist for Foreign Direct Investment where he was a joint leader on the Strategic Innovation Fund. Rupert has provided statistical and qualitative analyses for the Prime Minister of Canada and several government departments. Additionally, Rupert has built engagement strategies between stakeholders and federal and provincial governments related to foreign direct investment.