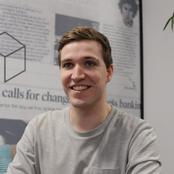 Policy Advisor to the Chief Executive, The Behavioural Insights Team

Ben is the Chief Executive’s Policy Advisor at the Behavioural Insights Team, a social purpose company applying behavioural science to public policy across the world. He supports BIT’s CEO David Halpern to achieve social impact across the full range of policy areas BIT works on and manages BIT’s central contract with the UK government. At BIT Ben has worked on projects in the UK, Eastern Europe, Nigeria, Myanmar and Bangladesh.

Before joining BIT Ben worked in Parliament as a researcher, as Chief Executive of a community-based charity in Cambridge and on UK trade in Myanmar. Ben was also part of a team which jointly won the IPPR Economics Prize in 2019. He currently holds board positions as an independent commissioner on climate change for the Cambridgeshire and Peterborough Combined Authority, for which he also chairs the just transition subgroup, and as Trustee of The Albion Foundation, a football-based charity in the West Midlands with more than 70 staff.

Ben holds an MSc with distinction in Economic and Social History and a first-class BA in History, both from Oxford University. During both degrees he won prizes for his research, the findings from which were subsequently published as a book chapter and a journal article.