at University of Stanford 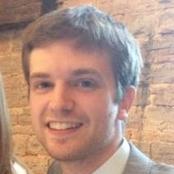 Ryan began his 3 month RCUK policy internship in autumn 2016. He is a postdoctoral researcher studying the neuroscience of circadian rhythms in the Hastings laboratory at the MRC LMB in Cambridge. Circadian rhythms are daily body rhythms, enabling organisms to predict and therefore adapt to the day-night cycle of the Earth, such as the alignment of our sleep-wake cycle with light and dark. In mammals, the primary pacemaker is the suprachiasmatic nucleus (SCN) of the hypothalamus, which drives the subordinate cellular clocks of other tissues to co-ordinate whole organism physiology and behaviour.

Ryan’s work focusses on cellular communication within the SCN, such as studying how subpopulations of cells signal to each other and the hierarchical structure that exists between these cell populations to ensure a coherent synchronising signal is sent to the rest of the body.