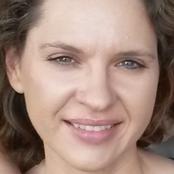 Former Head of Pension Protection Policy and Delivery, Department for Work and Pensions

Samanta Padalino is currently on a career break from the Department for Work and Pensions, but using this opportunity to learn about the higher education sector at Drexel University in Philadelphia. Samanta manages the research grants program for the College of Arts and Sciences, and is also a research journalist for the LeBow College of Business.

She was previously a Head of Pension Protection Policy and Delivery at DWP. She was the lead portfolio and assurance manager for working age policies, including universal credit, support for mortgage interests and the labour market programme. She was also responsible for the benefits realisation strategy across all policy areas of DWP.

Before joining DWP, she was a Senior Government Economist, heading the Growth and Places Analysis Team in the Analysis and Data Directorate of the Department for Communities and Local Government. As part of this role she oversaw the evidence building on local economic growth policies (such as Enterprise Zones, European Regional Development Fund, Devolution and the Thames Estuary review), climate change policies affecting housing, high street and coastal communities. She lead on appraisals methods, business cases, spending reviews and horizon scanning.

Previously in government and DCLG, she led central analytical teams in strategy functions, leading the analysis of high priority, high impact projects which were cross-cutting for the department.

Before joining the Government Economic Service, Samanta was a regulatory economist with experience in gas, electricity, communications and postal services both in the UK and in the USA. She worked as an Economist for Ofgem, Postcomm and the Public Utility Commission in Massachusetts (USA).

She began her career as a labour economist working at the International Labour Office in Geneva for a short time and publishing research on labour market issues.