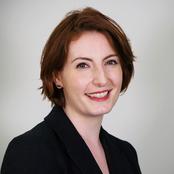 Sarah Connolly became a Policy Fellow in 2018 while she was Director, Internet and International in the Department of Digital, Culture, Media and Sport (DCMS). She began her career in the civil service as an analyst, moving into policy, where she held a number of roles before becoming a Policy Fellow.

Sarah was keen to use her Policy Fellowship to gain deeper insight on tackling online harms, and addressing questions of wider international internet governance. At the start of her Fellowship, DCMS were consulting on a green paper on online harms and Sarah was able to use her conversations with researchers in Cambridge to test ideas which went forward into the subsequent Online Harms White Paper, published in April 2019, and ultimately towards the draft Online Safety Bill published in May 2021.

CSaP helped Sarah to convene a workshop in Cambridge on the topic of online manipulation in February 2019 involving a number of her colleagues from DCMS and a cross-disciplinary group of researchers from Cambridge, and this also contributed to the Online Harms White Paper.

Sarah is now a Continuing Policy Fellow with CSaP, and is exploring questions around freedom of expression and social media, and where the limits of social media power should be in relation to democratic free speech.