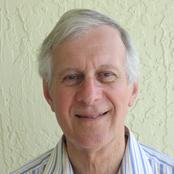 Shane Guy is a PhD candidate in the Department of Politics and International Studies (POLIS) at the University of Cambridge. He started his research for his PhD in 2009, with the title “The Establishment and some Consequences of the Combined Threat Reduction and Associated Programmes”. Before starting research on his thesis Shane was a Visiting Fellow at the Centre of International Studies, Cambridge, working on the collapse and making safe of FSU naval assets and on the nuclear renaissance (2005-2009).

Shane worked in the Foreign and Commonwealth Office from 1960 to 1968, and then from 1968 to 2002 he worked as a university administrator. He was part of the Royal Air Force Reserves for many years (1958-1995), working on the impact of nuclear attack on the UK between 1964-1979 and then serving as an Intelligence Officer at NATO HQ Northwood, specialising in the operation of Soviet submarine forces between 1987-1995.While on leave from the FCO Shane studied at UEA, working on the economics and economic history of the Soviet Union and the short introductory Russian course at Cambridge (BA 1968).