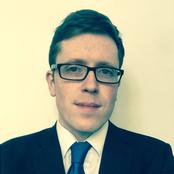 As Senior Policy Officer, Shaun was policy lead for the GLA’s Living Wage campaign, overseeing the trebling of accredited employers in London in 18 months, including the first breakthroughs in the football, media and cleaning sectors. Shaun also co-ordinated London’s International Business Advisory Council meetings, and briefed the Mayor ahead of the World Economic Forum in Davos and World Islamic Economic Forum.

Shaun worked in policy at Tameside MBC from 2010-12. As Senior Consultation Officer, he refreshed the local strategic partnership’s Engagement Strategy, and led projects including Tameside’s Big Conversation, Citizens Panel and the Co-operative Councils agenda. Working in Scrutiny, he organised panel investigations on crime and health issues.

Shaun holds a degree in Politics and Masters in International Studies from the University of Sheffield. He is also an experienced improvisational theatre performer and teacher, having trained with the renowned UCB Theatre, iO and Second City. With Do Not Adjust Your Stage and The Homunculus, he has performed in London, New York, Barcelona and Amsterdam.