Senior Lecturer at University of York 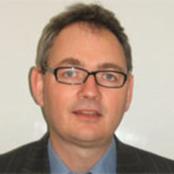 Simon Parker's research interests broadly centre on urban studies and urban theory, socio-spatial informatics, the politics of asylum and immigration; and comparative European politics (with particular reference to Italy). At the undergraduate level he teaches State, Economy and Society (with Werner Bonefeld) and Governmentality: Michel Foucault & the Analytics of Power. At the post-graduate level he teaches Politics of Migration for a range of MA degrees provided by the Department of Politics and York Law School.

Simon is the author of Cities, Politics and Power (Routledge 2010) and Urban Theory and the Urban Experience: Encountering the City (Routledge, 2004; second edition 2015) as well as co-editor of The New Italian Republic (Routledge, 1996). He has published numerous chapters on urban and regional studies/urban theory and on contemporary European politics together with articles in British Politics; City; Electoral Studies; Environment and Planning A; the International Journal of Urban and Regional Research; Information, Communication & Society; the Journal of Southern Europe & the Balkans; The London Journal; Near Futures; Territory, Politics, Governance; Theory, Culture & Society and Urban Geography. Current projects include a historical investigation of migration policy and politics in London (1880-to present) on going ESRC funded research into the trans-Mediterranean European refugee ‘crisis’ (2015-to present) and together with Charlotte O’Brien of the York Law School a study of EEA nationals in the UK under the ESRC’s Governance After Brexit programme. Simon is also co-investigator with Indrajit Roy and Nicole Lindstrom of the ESRC Citizenship futures: ‘the politics of hope’ in India and Europe research programme.