Senior Lecturer in Law at Faculty of Law, University of Cambridge 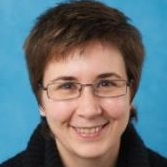 Dr Turenne has written extensively on the topic of judicial independence and she has interests in comparative law (with a current focus on comparative constitutional law and civil liberties); European Union law and the European judicial systems; legal theory.

She completed her Law studies at the University of Paris II Panthéon-Assas following one year in Philosophy (literary preparatory class). In the course of her studies, she was an Erasmus student then a research scholar at Oxford University under various awards schemes (Entente Cordiale, Lavoisier-Oxford, Allocation Mobilite Internationale CNRS).

Dr Turenne taught in numerous places (Paris XIII, University College London, Birmingham) at both undergraduate and graduate levels before coming to Cambridge in 2003. She was Neil Allam/Clifford Chance Lecturer in Law at the Faculty until October 2010 and co-ordinated the Erasmus and the Double Maitrise programmes within the Law Faculty in this capacity. She is currently an Affiliated Lecturer at the Faculty and a Fellow and Senior Lecturer in Law at Murray Edwards College (formerly New Hall), where she also acts as Graduate Tutor and Director of Studies in Law.