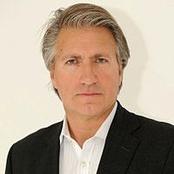 Founder and CEO of YouGov

Stephan Shakespeare co-founded YouGov in 2000, and has been its CEO since 2010. After graduating from the University of Oxford, Stephan became a teacher. After a period teaching abroad, Stefan came back to the UK and got involved in politics, working as a pollster, commentator and campaign director. He stood as the Conservative candidate for Colchester in the 1997 general election.

In June 2012 Stefan was appointed Chair of the Government's Data Strategy Board in the Department of Business, Innovation and Skills. The Board, led by Stephan, looks to maximise the value of data initially from the Public Data Group Trading Funds.