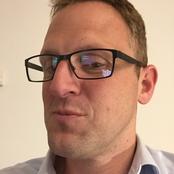 Stephen took up the position of Director of Environmental Sustainability at Highways England in November 2021. Previously, Stephen was Chief Analyst for Highways England, when he had responsibility for advising and assuring value for money from investment in England’s Strategic Road Network. Highways England was established in 2015 and was given substantially increased delegations and responsibilities. Stephen built a new analytical team of transport planners, economists, operational researchers and evaluation experts to set the standards and provide the analytical advice and assurance for decision makers. He has a decade of experience as a Government Economist. Prior to joining Highways England he worked in central departments (Defra, DECC, BIS) with a particular focus on environmental policy.