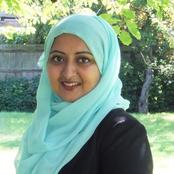 Sughra is the Senior Programmes Manager in the Centre for Policy and Public Education at The Woolf Institute. In this role she is responsible for creating and delivering research and training programmes about a variety of issues; including faith, communities, belief and integration. Before joining the Centre for Policy and Public Education, Sughra was a Research Fellow at the Policy Research Centre. She researched the experiences of first generation Muslims who moved to and settled in the UK, and the issues for young Muslims growing up in the UK. Her work has been published in multiple journals and books, including the Journal of Ethnic and Migration Studies, and the Youth and Policy Journal.

Sughra is the first woman to be appointed as Chair of the Islamic Society of Britain, and is also a trustee of the Inter Faith Network UK. In 2014 she received the Muslim Woman of the Year Noor Inayat Khan Memorial Award at the British Muslim Awards. She is a qualified chaplain and contributes to various media including Radio 4's "Thought for the Day".