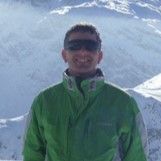 Tim Stockings read Engineering at Imperial College, London before joining the Royal Navy to fly helicopters. He served in a wide variety of ships on operations around the globe, including HM Royal Yacht Britannia. After qualifying as an underwater specialist he commanded three ships, including a fisheries protection vessel, the Type 23 Frigate HMS Monmouth and finally HMS Ark Royal. During his 25-year career he also taught an international Masters course, led the UK team training the Iraqi Navy in Umm Qasr and worked as a senior officer in the Ministry of Defence. His service took him to most areas of the world, hot and cold, operating on the land, at sea and in the air.

In 2014 Tim became the Operations Director for the British Antarctic Survey (BAS), based in Cambridge. As part of the senior executive team he helps deliver the strategy for BAS, with special responsibility for ships, aircraft, field stations, engineering, logistics and support functions in the most inhospitable environment on earth. BAS contributes to Polar Science for Planet Earth, harnessing the UK's expertise in a number of fields to deliver world class research that helps us to better understand the planet and our impact on it.