Head of Unit, Serious and Organised Crime Research and Analysis at Home Office 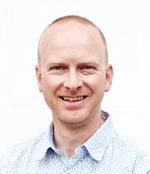 Tom Bucke leads a Home Office research unit that focuses on forms of organised crime such as drugs and firearms trafficking, fraud, cyber-crime, modern slavery and child exploitation. His work informs the work of ministers and senior officials, and supports the delivery of the UK Serious and Organised Crime Strategy. Tom is Chief Social Researcher at the Home Office and sits on the Government Social Research Strategy Board.

Following post-graduate research on football fans and hooliganism, Tom joined the Home Office and conducted studies across a range of areas, including community policing, police powers and public protests/ raves, suspects rights in custody, drugs prevention and drug markets. He then spent eight years at the Independent Police Complaints Commission where he led a team which developed the evidence base on a range of areas the organisation investigated. This included deaths in police custody, police corruption and mental health issues and raid traffic incidents.

Tom returned to central government in 2012 when he joined the Ministry of Justice, where he worked on reforms to the legal aid system and policies seeking to reduce reoffending. He re-joined the Home Office in 2013 and worked on analysis of immigration before taking up his current role.